What We Do
About Brooklyn 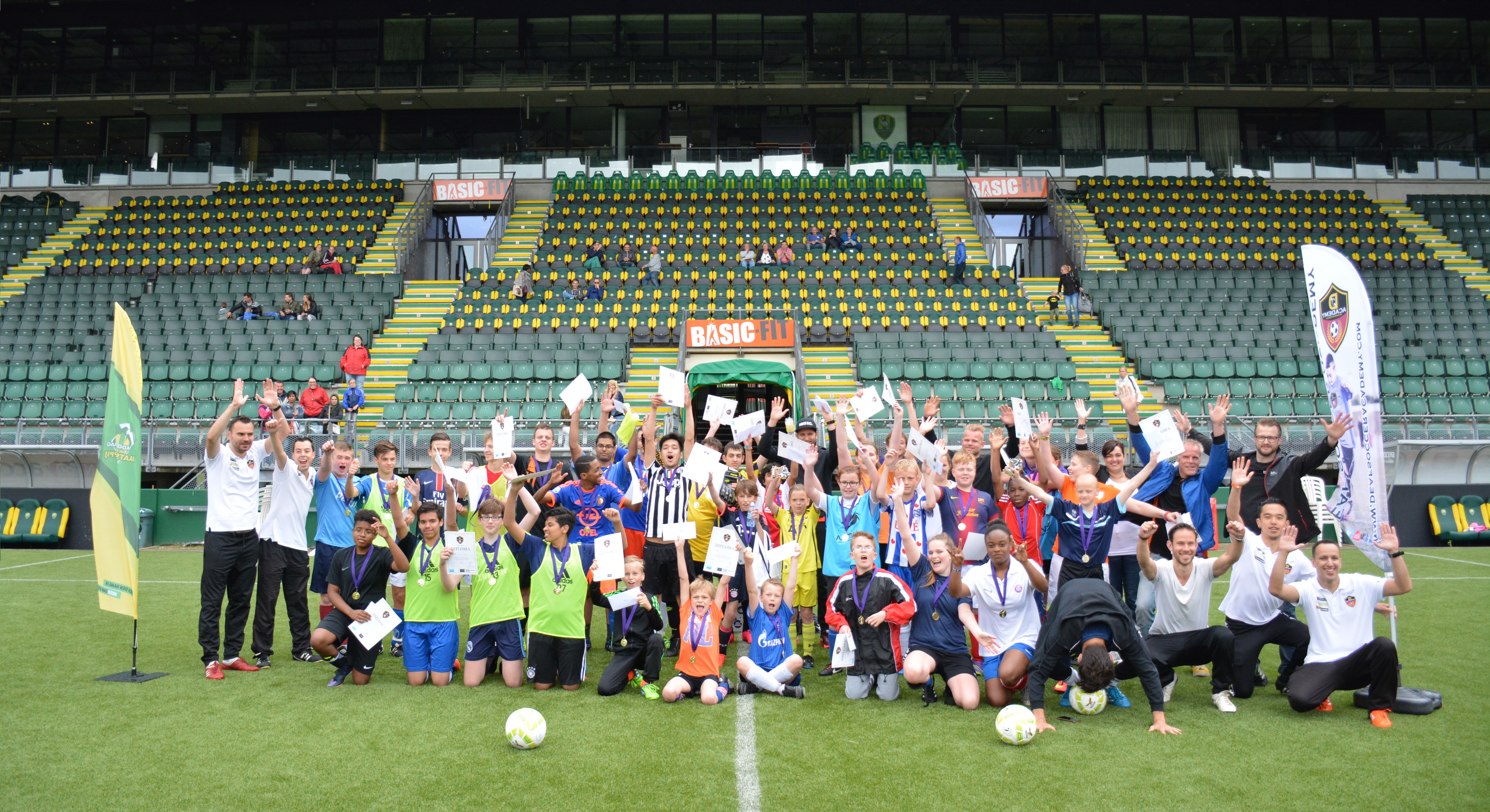 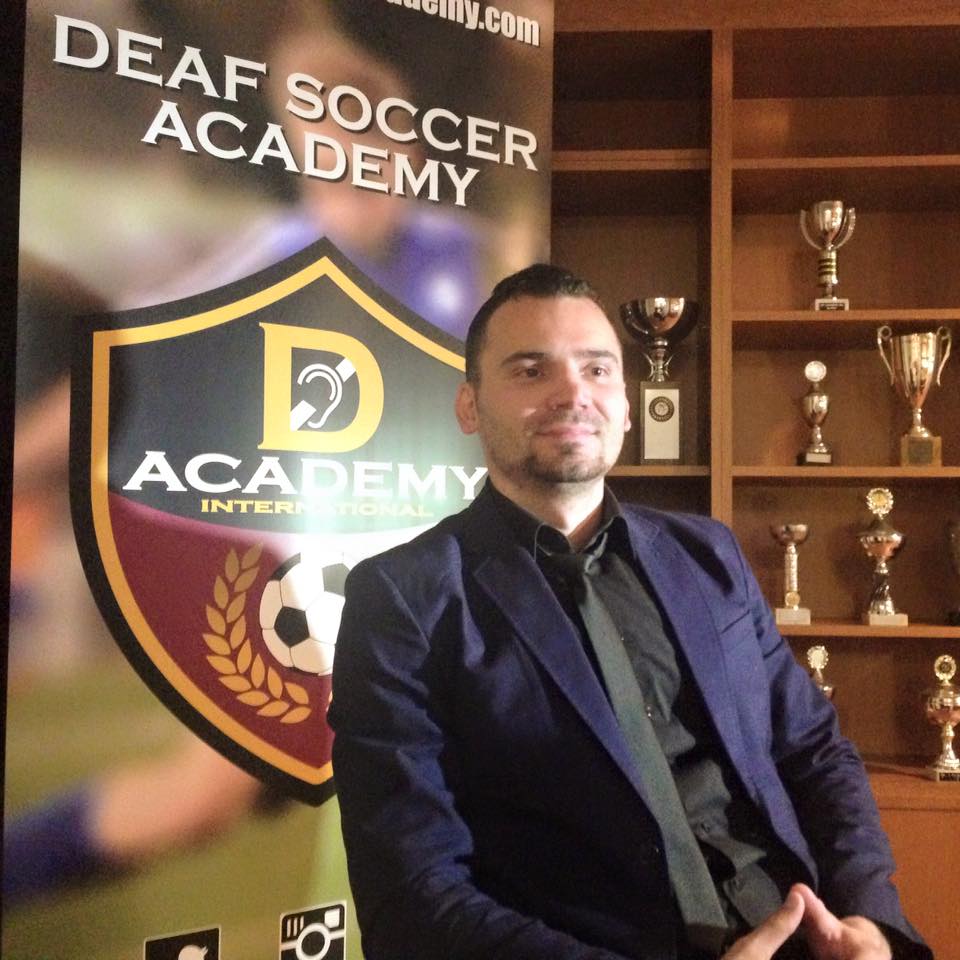 DSA supports children from 7 to 21 years old and seniors from 21 and above, with a hearing impairment. These children want to improve their football skills and grow to professional footballers, but also want to increase pleasure in this team sport. DSA will train the children individually and as a team. The communication is very important, so sign language skilled trainers are necessary to make this plan work. In addition, DSA supports children with a hearing impairment within their own (hearing) football club, with the purpose to improve their football skills and improve team cohesion.

Deaf Soccer Academy is organized by Ado Peljto. With his experience as a football player with hearing loss and a diploma as a Dutch (KNVB) football trainer, he has the skills and experience that will make this project successful. In addition, there are experienced staff / trainers and goalkeepers with experience for all ages. The football players get support from a group of motivated staff and trainers.

Our goal is to create a training environment where each child can develop his or her football skills with pleasure and self-confidence. Through football we try to inspire generations for a long time. We do this by learning to co-operate, practice, fail, succeed, let disappointments come true, and last but not least how to enjoy this team sport. Attention to the social aspect of football for youth is also one of our goals. Our service is organized for children and people with a hearing impairment who like to play football with fun and need (extra) support in their environment. 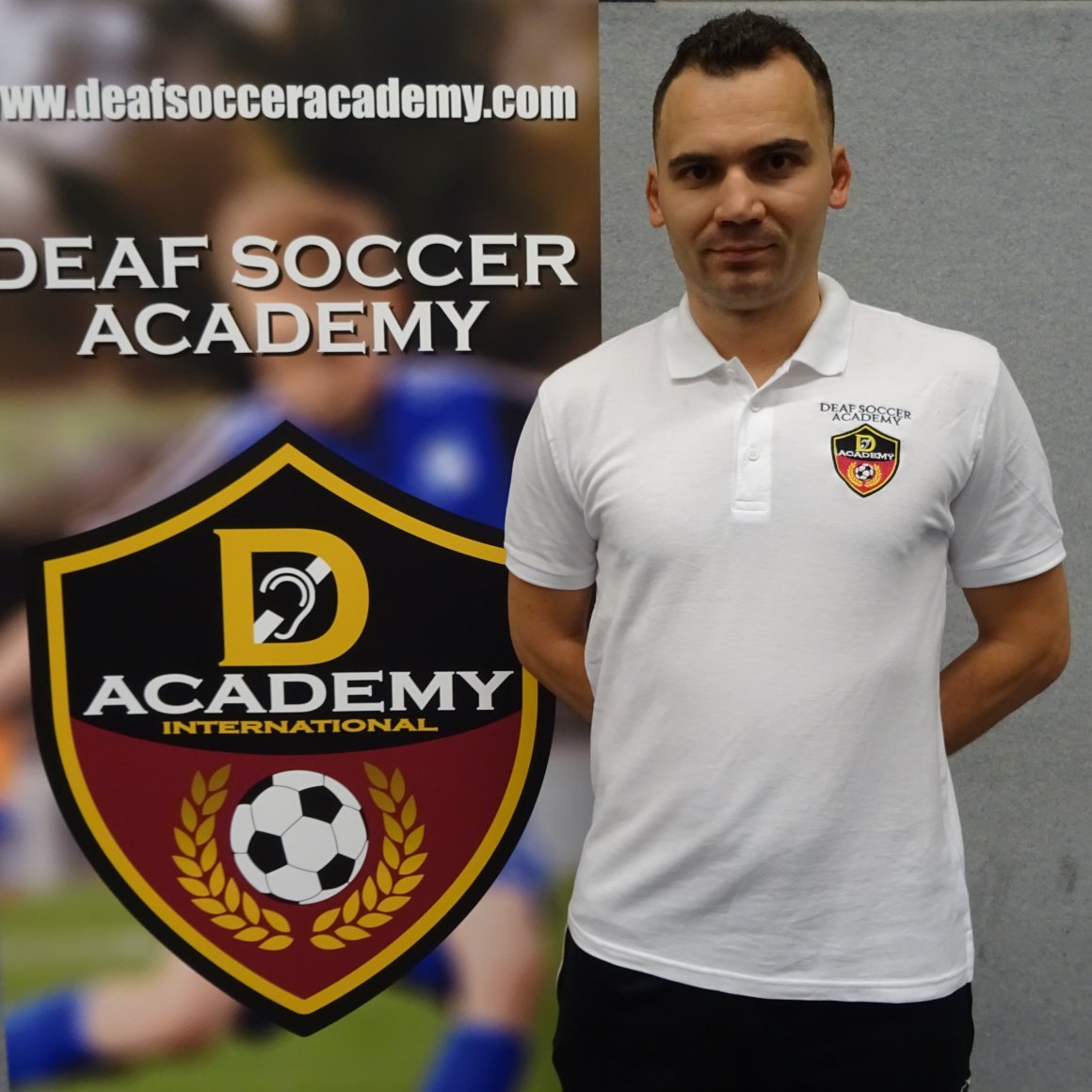 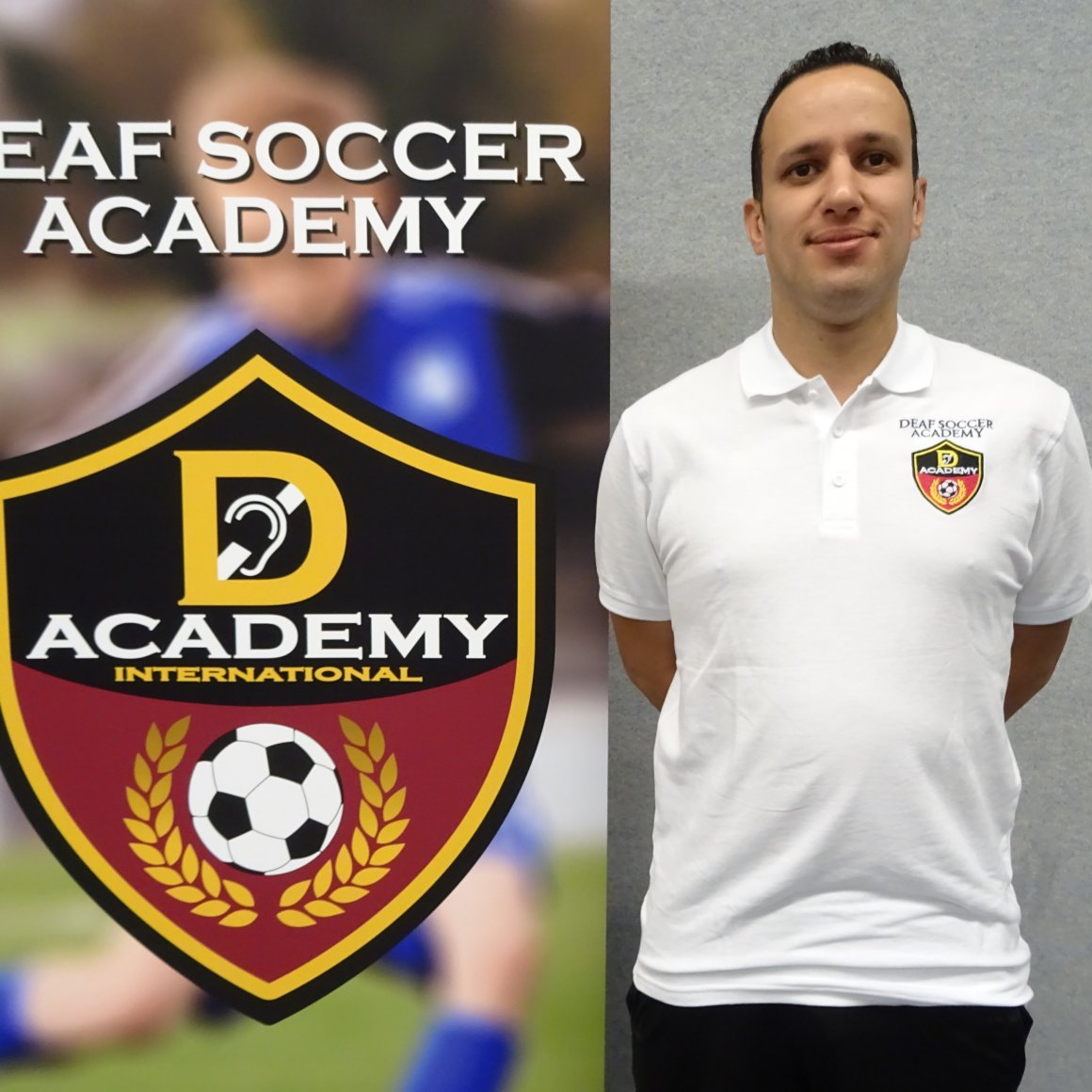 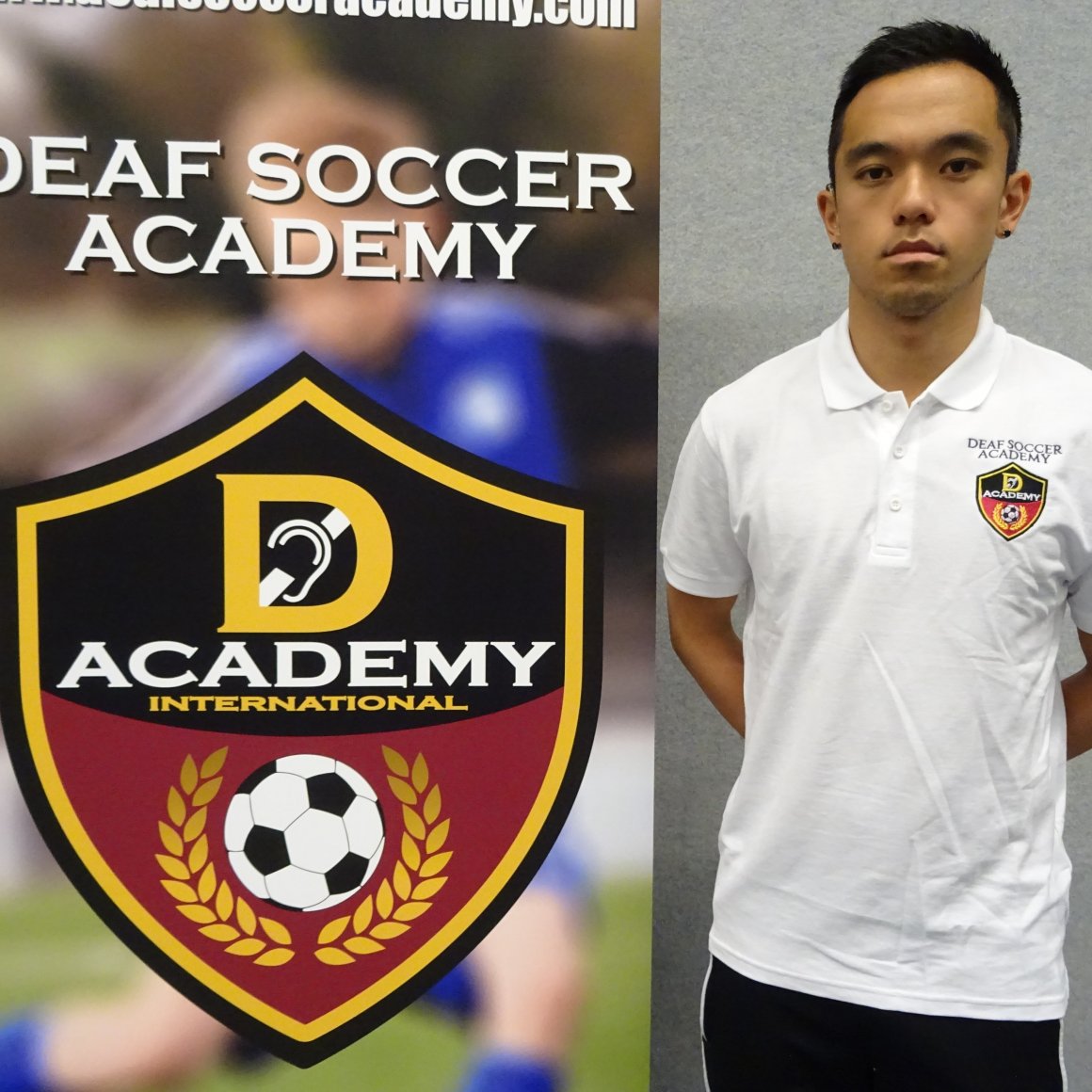 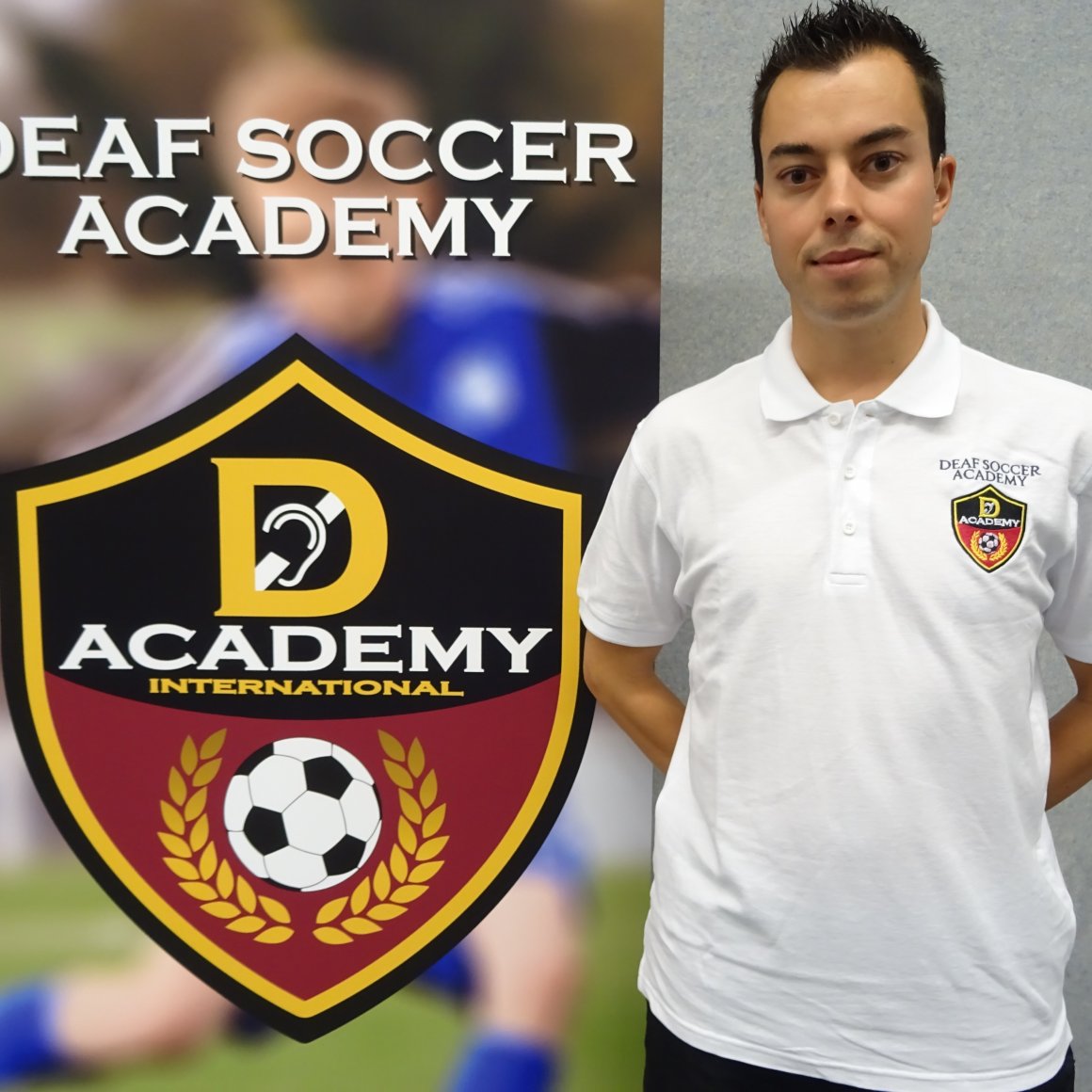 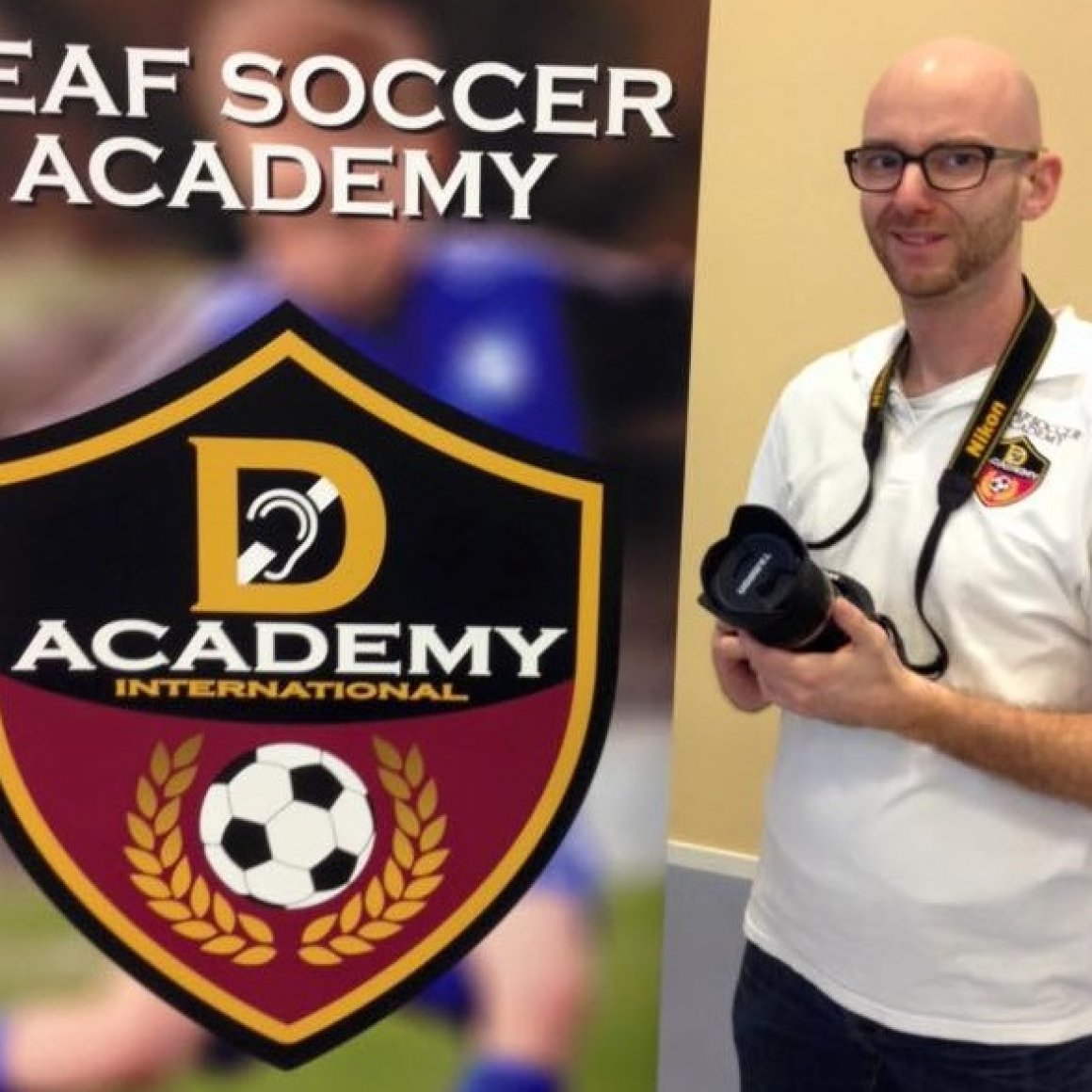 Do you have a DREAM to become a better footballer? We make that possible! We like to bring you to a higher level in your football practices. We make sure that your (prof) club can play at a higher level by providing support in the communication. We offer individual training and training at group level by experienced trainers who use sign language. A football player/team or club can be supported by our staff / trainers in many ways.

DSA supports the development of soccer players with a hearing impairment, both at their own (hearing) club as within our Deaf Soccer Academy. We support the development of our football players. We ensure that all players with a hearing impairment receive good support and we have the ability to continue to support them during their football career. Also, we have professional escorts.

Training youth and seniors with specified training objectives per age group is our focus. Youth from 7 to 21 years can train football with us. What do we offer: Balance, technique, insight, communication, working on emotions, teamwork and cohesion, and fun. This also applies to seniors from 21 years and above: Self-confidence, creative and effective football based on good technical skills, playing a good position and a good competitive attitude towards winning matches.

Our coaches provide all existing football and futsal training exercises for all age groups. Important that students can learn a lot with more physical, fitness, ball technique, speed, fit, finish, dribble, position, systematic football. This allows our students to use a big variety of training methods, such as on a large-scale field or on a small field, using different training methods in combination with student experiences. We assist with experienced supervisors, who are certified, to improve our support towards our student to the highest level.

Our Football Academy demonstrates training methods, allowing experience degrees for all levels of youth and seniors, practiced in football and futsal. We often organize various activities including training with a larger group(s), private group(s) or individual training. We also provide all special groups with deaf and hearing impairments, with international language. This allows them to communicate easily and understand more happily on training.

We also organize various activities, weekend training camp, team outing, foot golf, stadium visit, contest watching, tournament, group training and more. An important thing that these players can learn is how to mix and mingle and socialize in other groups. To stimulate experience sharing with each other and of course in having more with fun their practices.

Do you want a coach? The coaching course can be completed with DSA education. The course consists of two parts, namely a theory and a practical enrollment. Participation is important; it is a good way of learning and demonstrating your experience, especially when you area starting coach. If you complete the theory and are able to demonstrate it in practice, you will receive a valuable DSA certificate from the diploma coach. After this journey you can develop your experience on a higher level in the UEFA C category.

We have special counselors, who give special group(s) e.g. People with mentally/physical disability or with restrictions including all ages. Football is an active motion sports, practicing with a ball in Football asks for extra efforts. Our training methods could be given individually or in group.

The school is given by our experienced supervisors and trainers. Our trainers are experienced experts and / or have a lot of experience in teaching lessons in the field of football. Our football school is versatile in the sense that we can deliver training methods in every possible way. A technical soccer ball for advanced students, under the guidance of a professional coach or experienced football player, or a fun training that teaches the most beautiful experience is one of the possibilities we offer at DSA.

Our football school organizes big clinics. This may be for special occasions at your school, football stadium, club or company. We have the experience, ideas, training materials and trainers. All you need is fun. We will use the balls, fields and goals of the respective club. All are provided by our organizer(s) of our football school. At these occasions the children will be very happy with and having fun. After the clinic they will get a nice prize to celebrate their input.

The workshop clarifies the importance of attention to deaf young people. Short videos, statements and conversations make the topic negotiable. Participants are provided with handles that enable them to actively accept acceptance within the team. A prior consultation ensures that the content of the workshop is tailored to the specific situation and needs of the team. Afterwards it is possible to get some service support for a period of time. This also applies to giving everyone in your school, event, club or on national level a workshop.